San Antonio de Areco, Buenos Aires (photo: Santiago Gaudio)
The Province of Buenos Aires, one of the richest in Argentina, contains scenes which are quite different between them and range views such as the countryside, mountains, large cities, lakes, the Paraná Delta and, of course, the wide array of beaches on the Atlantic coast. It is ideal for tourism.

As to the countryside, the Province of Buenos Aires features the classic traits of what is called "Rural Argentina", where in addition to different plantations, cattle may be observed. This is the origin of the famous Argentinian "asado". Two of the most famous cities in this area that have opened their market to tourism are San Antonio de Areco and Mercedes.

Those who choose to experience a day in the countryside close to the water will find the lakes of this region ideal. Lying close to the Federal District, Lagunas Encadenadas in Chascomús, San Miguel del Monte, Lobos or Navarro attract tourists at all seasons. They come along to enjoy silverside fishing in the winter or water sports when the temperatures get warmer.

The Paraná Delta is another popular region. It is accessed from the City of Tigre, where the river station connects it with the endless world of islands, rivers and creeks where men have settled down their houses and learned to live in harmony with nature.

The Beach Region, which stretches from the City of San Clemente del Tuyú up to Carmen de Patagones and includes, among many others, such famous cities as Pinamar, Villa Gesell and Mar del Plata, summons millions of visitors every summer. Clean sands, cool waters and plenty of people, a combination that is repeated at each of the Districts facing the Atlantic Ocean.

For all these reasons, the Province of Buenos Aires is one of the favorite destinations among travelers. 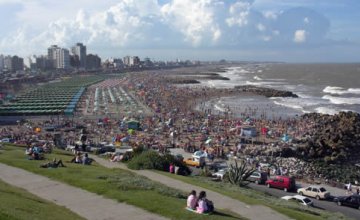 The City of Mar del Plata is known as "the Happy City".

In the summer, not only does it welcome millions of visitors from all over the country, but also combines the beauty and charm of its natural resources with the infrastructure and services available, and with the hospitality of its people.

Located in the Province of Buenos Aires, it is the most important seaside tourist center in the Republic of Argentina. 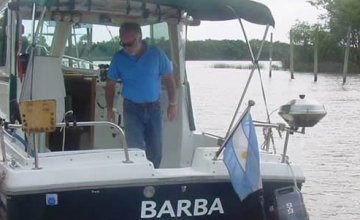 Tigre and the Delta

The port has three inner docks. Daily catamaran excursions leave from one of them to the Delta.

The central docks concentrate the grocer´s boats, which supply the inhabitants of the islands with the most varied products.

In the last harbour, the timbering boats full of poplar and willow logs from the forested islands of the Delta are unloaded. 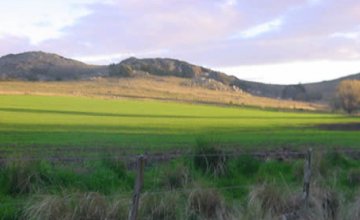 With the tinges of a city that has not lost the spirit of a village, Tandil mingles with the wild scenery outlined by mountain ranges, valleys, streams and ancient forests.

In the Southeast of the Province of Buenos Aires, Tandil lies within the area of the humid pampas in the orographic system of Tandilia, which crosses the scene in a Northwest to Southeast direction.

The main feature of the region is the low mountain range that makes up an ideal landscape 179 meters above sea level.