Rivers, sunshine and beaches are the three ingredients that satisfy the needs of tourists during the summer in the Province of Entre Ríos. Both alongside the Paraná and the Uruguay Rivers, the beach offer becomes endless and relax activities, such as sunbathing, or recreational options, such as swimming, canoeing, volleyball or kite-surfing, keep visitors busy.

Sandy beaches stand out amidst the superb cliffs all along the Paraná River and vacationers get to these places to enjoy the early hours of the day. Some of these beaches include those located in Victoria, which together with Valle María and Diamante lure hundreds of fans. The capital City of Paraná combines cliffs, islands and beaches in an accurate way for the delight of neighbors and tourists, including thousands of people from Santa Fe who cross the bridge every weekend.

Farther up north, Villa Urquiza, Hernandarias, Piedras Blancas and Santa Elena Beaches lure visitors with their fishing promises, their almost unspoiled scenes and the waters of the Paraná River, which flow transparent at this point. The last city in this corridor of Entre Ríos on the shores of the Paraná is La Paz and the municipal beach known as El Faro (the Lighthouse), as well as the beach known as Parque La Curtiembre, turn this small urban settlement into a must visit.

On the other side, and facing the Uruguay River, like Chajarí and Federación Beaches, which boast white sands and cheer up any stay at these hot spring destinations. The beaches of Concordia deserve a special mention due to the great deal of alternatives they offer. Some of them include Los Sauces, Playa Nébel and the entire coast of Lake Salto Grande, whose small beaches have lodged cabins and tourist resorts.

Downstream, the Cities of Ubajay, Colón and Concepción del Uruguay, dazzle first-comers with paradisiacal beaches in front of a very wide river which features a very shallow shore.

Finally, Gualeguaychú gives us its beaches on the river bearing the same name and a famous swim hole and campsite known as Ñandubaysal, one of the most spacious and beautiful on the Uruguay River. For many people, this is the equivalent to Mar del Plata on the Uruguay River. We just need to step on its sands during the summer to understand why the Carnival of the Country unfolds at this singular district. 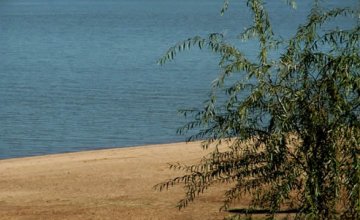 Balneario: Sand and Sunshine in Bulk

The swim hole on the shores of Lake Salto Grande is part of Chajarí's daily life. Every member of the family may find a good recreation option at this spot year round. 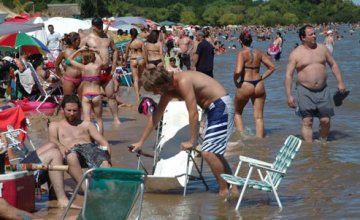 The Other Reason for Gualeguaychú to Feel Proud: the Ñandubaysal

There is no doubt that this is one of the most picturesque and popular swim holes on the Uruguay River. Carnival is not the only attraction in the summertime. 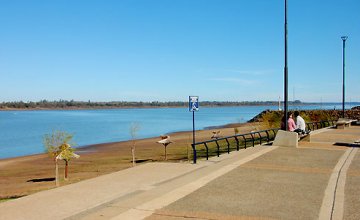 The waterfront promenade was created as a series of well-designed inner circuits in an area by the river. The locals take pride in it and tourists enjoy it as well. 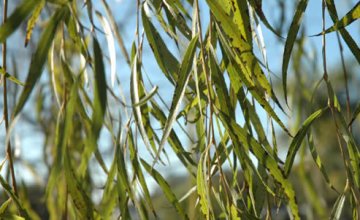 Even though Federación is a synonym for hot springs, it is also a perfect beach destination in the spring and summertime. 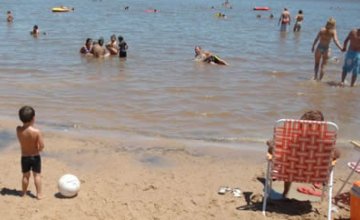 The Beaches of Gualeguaychú

The City of Gualeguaychú features a wide array of beaches and recreation areas ideal for the summertime. Here are some of the best known.