Tourism in Córdoba surprises visitors with its countless attractions, framed by the various mountain systems from the West and North of its territory. Its rivers and creeks, its endless green areas and woodlands, its mild weather and its unique natural scenes lure visitors to this privileged site year round.

Traditional and modern, cultural and historical from every point of view, its Spanish and Jesuit legacy is evident in estancias and churches. Córdoba features one of the most significant hotel offers in the country, along with a remarkable service infrastructure and expert vendors that meet the recreation, adventure, gastronomic and show demands of all visitors who come along to enjoy several options that have become classics at this landlocked province in Argentina.

Its cities are equally captivating and offer varied alternatives and new experiences. Starting of course with the capital of Córdoba, the city bearing the same name as the province, which is its political center, where the idiosyncrasy and philosophy of the people of Córdoba are breathed everyday.

Villa Carlos Paz is the magnet of the summer and one of the most significant receptive centers in the country during this season, not only due to its incredible natural attractions but also due to the wide range of plays staged at this location.

Every year in October, the eyes of all visitors rest on Villa General Belgrano, whose National Beer Festival attracts enthusiasts from all over Argentina and the world. At the very typical City of Cosquín, Argentinian folklore capital, its music festival and traditional dancing stand out, but also the more recent festival called Cosquín Rock.

Believers of paranormal phenomena have their own space at Mount Uritorco, close to Capilla del Monte, famous for its rarities and for having the first roofed street in the country.

Dams and reservoirs, natural and historical-cultural attractions, in addition to a prodigious climate, turn the Province of Córdoba into one of the most extraordinary as far as tourism is concerned. Maybe because it has it all, and because it unveils something new at its endless nooks day after day. 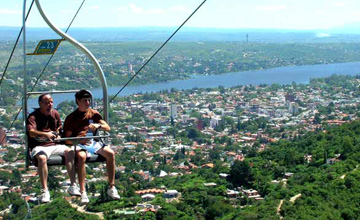 Gateway to the Punilla Valley, it is the most visited tourist destination in the entire Province of Córdoba, mainly in Summer.

In addition to the delightful sceneries of Villa Carlos Paz, the climate is quite pleasant, suitable for hiking, mountain biking, horseback riding, rappelling and fishing.

Lake San Roque bathes its shores and is the perfect place to enjoy recreational activities and water sports. 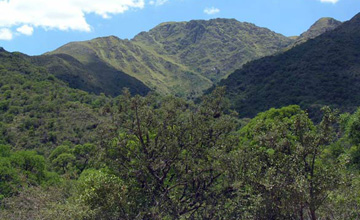 On the verge of Calabalumba River, just 3 kilometers away from downtown Capilla del Monte, thousands of tourists, members of expeditions, metaphysicians and fans from all over the world, get here to climb Uritorco Hill.

Comments on lights moving at the top of the hill, UFOs presence, energetic fields, hidden cities or gates to other dimensions. These facts have changed life around the slopes of Uritorco Hill. 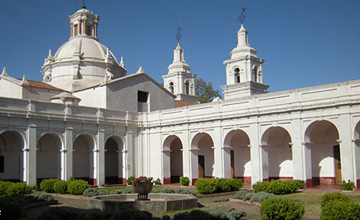 These walls hide centuries of Argentinian colonial history. Raised by the Jesuits between 1616 and 1725, they emerged to provide economic support to their evangelizing task in the region.

Late in 2000, the Jesuit Block and the Estancia Road were declared World Heritage by UNESCO.

A journey into the past to see the work done by the Company of Jesus in our territory.