“Pray and work” has been the motto of the Benedictine monks at the Child Jesus Abbey for decades. It is a place worth visiting in order to understand what all this is about.

"Pray and work" has been the motto of the Benedictine monks at the Child Jesus Abbey for decades. It is a place worth visiting in order to understand what all this is about. 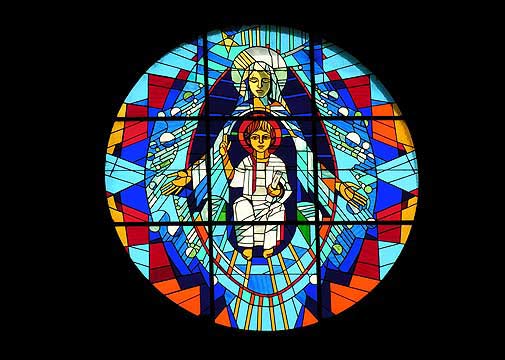 Victoria, the Chosen One

Amidst a scenery of soft hills that feature all shades of green, irrigated by creeks emptying into the Victoria Stream (a tributary to the Paraná River) or into the adjacent marshlands, and situated in the South of the Province of Entre Ríos 350 kilometers away from the City of Buenos Aires, 112 kilometers from Paraná, 60 kilometers from Rosario and 3 kilometers from Victoria lies the Child Jesus Abbey, the first Benedictine monastery in Spanish America.

On the top of one of these hills stands the group of buildings that make up the monastery. Around the abbey, there is a lawn with a huge variety of trees and plants and hundreds of birds whose singing fill the place with a heavenly tune.

In August 30, 1899, the French abbey of Belloc founded the Child Jesus Abbey in the City of Victoria. In those days, it was Monsignor Rosendo de la Lastra y Gordillo who aimed at managing a solid community of members for his diocese, which would include the territories occupied by the Provinces of Entre Ríos, Corrientes and Misiones today. 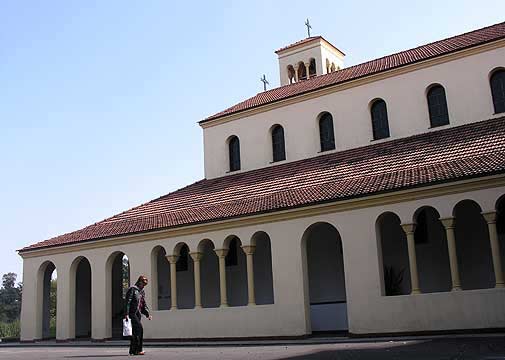 Once the abbey was settled, the monks opened an agricultural and industrial college and in February, 1903, the monastery was elevated to Conventual Priory and thus became independent. In 1904, a prior was named among its own priests.

In those years, the community of the abbey developed pastoral assistance in the City and in the entire District of Victoria. As well, it assisted the religious centers and chapels depending on the parish of Our Lady of Aranzazu and performed a strong evangelizing task in other sites of the country, especially in the Mesopotamian region.

The numerous activities performed by the monks include the social, and even the labor aspect, faithful to their motto “ora et labora”.

All the products made at the monastery and commercialized among the members of the congregation are grouped under the name of “Monacal”. All kinds of jams, liquors made with medicinal herbs, cheese, honey, aromatic essences, alfajores and wines are part of the products the monks sell in order to support themselves and which they also donate to several diners and institutions. 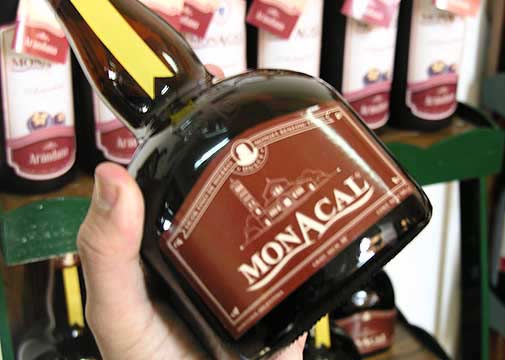 Who Was Saint Benedict?

Saint Benedict lived in Italy in the VI century. He wrote a Rule for Monks which, inspired mainly in the Holy Gospels, granted the figure of Jesus a central role. This rule sums up the idea of a regulatory text that is made up by doctrines and spiritual laws.

This is what in one way or another the monks who cooperate with the community of Victoria in several social questions attempt to preserve. Some of their major achievements include the creation of a housing estate, as well as the Saint Benedict Sports and Social Club, where various cultural events have been developed since 1959.

The new abbatial church built in 1998, which today is visited by hundreds of tourists during the weekends, has a neo-Romanesque style, is very light, and has been dedicated to the Mystery of Our Lord Jesus’ Birth, whose celebration was the right date to celebrate the hundredth anniversary of its foundation, in 1999, when such important date for the Argentinian and Spanish American history was commemorated. 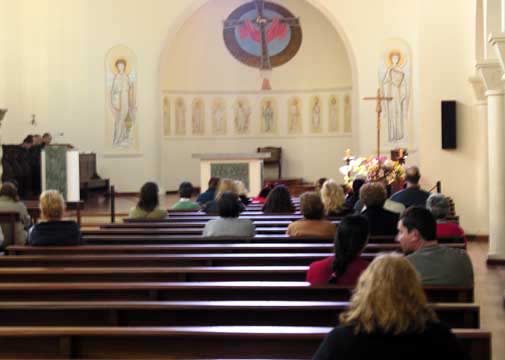