Victoria is known as “the city of ironwork” and not because it is not safe but because fashion made its first dwellers choose this kind of decoration for their houses and institutions.

Victoria is known as “the city of ironwork” and not because it is not safe but because fashion made its first dwellers choose this kind of decoration for their houses and institutions. 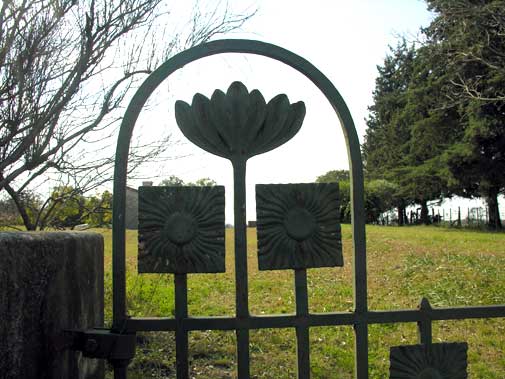 
A Time of Glory

When going down its streets, visitors take several minutes to walk along one block. This has nothing to do with distance but with the inevitable wish to stop and look at its ironworks. There is not bigger ironwork heritage in Argentina than the one featured by the City of Victoria, where these works have been created since 1848.

It was in the late XIXth and early XXth century, when expert Italians settled down in the city, that this specialty reached its zenith. These experienced craftsmen contributed with new shapes and styles to the classical colonial Spanish ironwork.

In the 1920s, a French style line began to be noticed in the ironwork which responded to the new trends in Europe. Avant-garde became the protagonist of all architectural works in the city, which had an influence on the ironwork. German, Basque and Italian styles were distributed around various areas of the city. 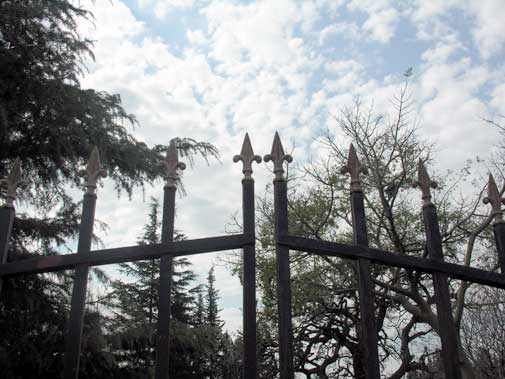 The masters of ironwork from ancient times, and even more modern eras, have left their art for everyone to see. Victoria is a kind of permanent artistic exhibition where objects from various periods and of several styles are displayed. From the old mill in the Abbey -today turned into a luxurious hotel-, where the horizontal and vertical lines are appreciated and remind us of the Iberian architectural influence from Castilla, to the Victoria Social Club, a typical Renaissance building, whose ironwork, vitreaux and ballroom are the sample of a period when luxury was all around and gold and wheat were plentiful.

Going back to the ironwork topic, there are some works which belong to the post colonial period. They are characterized by square iron and simple shapes (vertical bars crossed by horizontal plates, with some central ornament) which may be appreciated in the oldest houses.

The period ranging from the mid 1800 to the turn of the century was marked by the Italian immigration movement which strongly encouraged the building of ironwork all over Entre Ríos, especially in Victoria.

The new ironwork designs began to adopt more complex shapes when the iron began to be flattened and thus was handled more easily. That was the origin of the new forms, which first reached the large estancias and then multiplied all over the city streets. 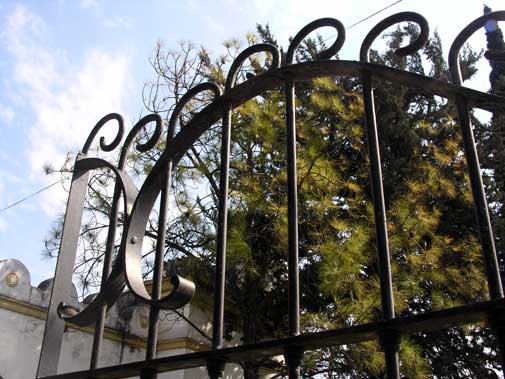 Bear in mind: The main square, called General San Martín, is surrounded by various buildings which evidence the reason why the town has come to be known as “the city of ironwork”. Only 4 blocks display the spirit of this article. Special for those who do not like long walks.