A visit to the Regional Museum in Rada Tilly provides knowledge about the first denizens of the area and the chance to admire a replica of a cave featuring prehistoric paintings.

Archeological, paleontological and educational collections have been unified at its exhibition rooms in order to preserve, rescue and praise regional history and culture. 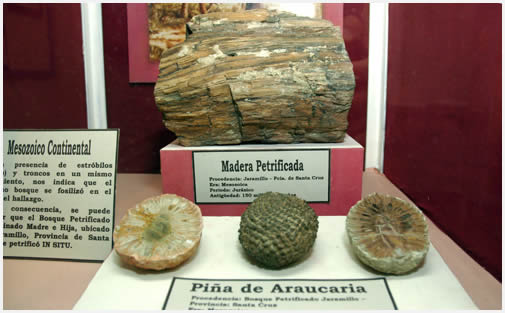 The community of Rada Tilly has created the Regional Museum to welcome whoever wishes to learn a little bit more about the prolific local heritage.

We felt so enthusiastic about getting to know the roots of this Patagonian area that we paid a visit. Led by a very polite guide, our tour began in the paleontology area, where we could observe sea and land fossil remains of the beings that once populated the Earth on display inside the glass cabinets. A huge mural features the geological ages as well as the evolution of the environmental system.

The next room is devoted to archeology and ethnic history and it illustrates the life of native tribes that dwelled on this soil over 13,000 years and until the sixteenth century. Some lithic elements give evidence of the hunting and gathering activities practiced by those groups in order to survive. 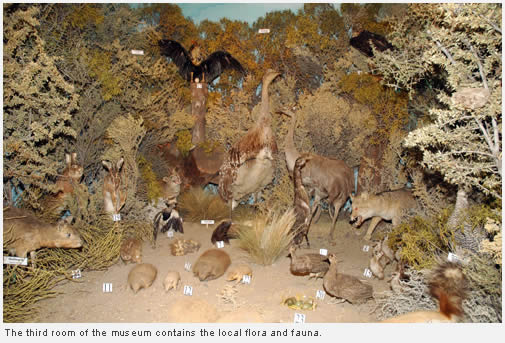 The next gallery shows information about ecosystems and reproduces wildlife on the coast natural environment and the southern plains.


The Cave of Felines

We still had to see the most imposing thing in the museum: a replica to scale of a rock formation located in the Province of Santa Cruz central high plateau. This place is known as the Cave of Felines. It is amazing to see how real it looks and even though its size is not the original, it provides a clear idea of what prehistoric "artists" have left for us.

Various drawings are repeated on the walls. The most outstanding include the silhouettes of four felines. According to their shape and color, they seem to be jaguars. 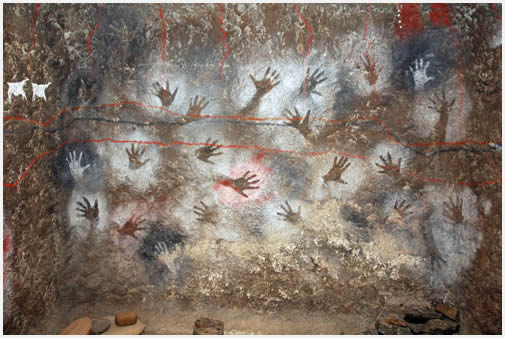 In the back of the cave, we could observe an enormous frieze with negative (stenciled) paintings of hands in white, black and red hues. Left hands of different sizes prevail, as well as some undulated motifs.

The original cave is located near Gobernador Gregores, at a site known as Cañadón de las Cuevas (Cave Ravine). It lies 180 kilometers away from Rada Tilly. As it was impossible for us to go there at the time, we enjoyed that very well-managed reproduction that let us travel with our imagination both back in time and through space. 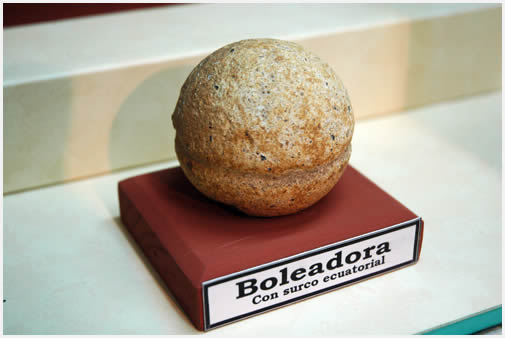 The museum was inaugurated in 1987 and it displays approximately 10,000 pieces. Under the slogan "A museum for all", cutting-edge audiovisual systems -including Braille- have been installed in the last few years.

We left Rada Tilly behind and started our way back carrying a baggage of good vibes and fruitful information given to us by the museum staff.

How to get here: Rada Tilly Regional Museum is located on Combate Naval de Martín García Street, between Moyano and Piedrabuena Avenues.

Bear in mind: To go on a guided tour, prior reservation required. An access ticket for adults is charged. Children under 12, free of charge.