Comodoro Rivadavia displays its development through several tours based on themes that reveal the birth, growth and present life of the city.

History and social growth become evident through the revaluation of the oil industry, essential engine of a town based on labor and with an eye on the future. 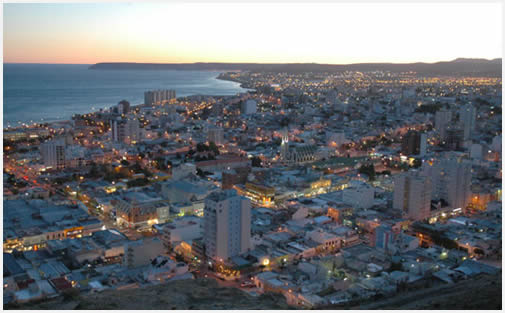 The City of Comodoro Rivadavia causes a great impression through its extensive urban grid as well as the spaces that may be visited in order to get a clearer view of its economic expansion and lifestyle.

We got away from the urban radio and reached Mount Arenales and the wind park called Antonio Morán in order to satisfy our curiosity about how the huge power mills work. We traveled around 17 kilometers before we found ourselves standing right in front of the twenty wind turbines which operated with strength but with a certain visual delicacy. A particular buzz went through the air as we listened to the explanations of how the generous local wind turns into renewable energy. 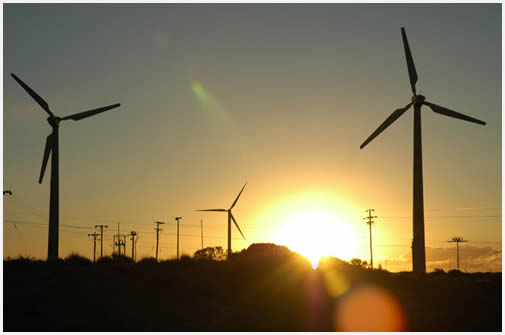 A Beach by the Sea

We took advantage of the proximity of the waterfront to visit the most popular beach in the summer. We caught a beautiful panoramic view of the vast sea, the port and the movement of ships on the horizon. We also went to the areas located on the 3rd and 4th kilometer markers, suitable for sunbathing and swimming. All these beaches are made of pebbles and open for activities such as angling and water sports. 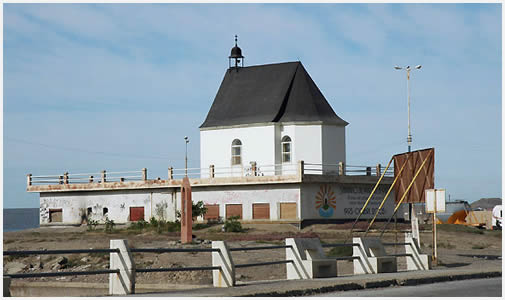 Five-Star Fuel
Comodoro is the Oil Capital of Argentina. A tourist circuit has been developed around this industry. We visited the neighborhood called General Mosconi, which lies just 3 kilometers away from the downtown and sheltered the first oil camps. We chatted with the first settlers and obtained clear information about the oil tradition. We learned that the employees hired by the oil pumping companies used to have diners for workers, a school, a cinema, a hospital and social clubs. We also saw the big tanks on the coast, where crude oil was loaded and unloaded.

Chalet Huergo, a magnificent residence with a stone façade formerly used by YPF to house receptions and lodge executives is still open to visitors. We went inside the venue and walked around its gardens, where we came across old machinery and equipments from the early twentieth century. 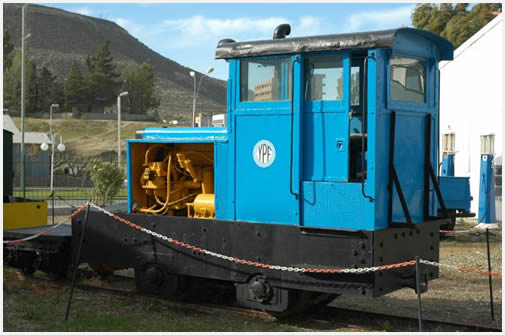 The oil tradition has a unique space at the Oil National Museum, where the hundred years that have passed since the discovery of oil till this day are reflected. It is estimated that this museum is one of the three best designed and most complete in the world.

There are also two neighborhoods that were settled down during the oil zenith. These are called Astra and Diadema, and date from 1915 and 1916 respectively. Founded by private companies, the Astra Paleontological Museum is lodged by the former and features important educational value. Diadema is considered the most representative and houses built with calcareous brick can still be seen in the area. 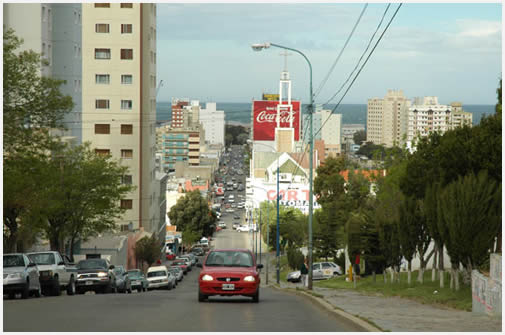 The presence of the railway and the port is highly significant in the development of the oil industry. That is why we went around some areas that showed off in the early days of these activities. At the port, we visited the former power station (today turned into a Tourist Promotion and Exhibition Center), the old sheds, shops, the water tank and the pumping station.

Amidst this imposing scene, the city unfolds facing the sea and sheltering a pioneer community within an industry that makes the world turn: oil exploitation.