At Full Sail across the Beach

Sport enthusiasts take advantage of the strong gusts of wind to enjoy their practices on one of the best conditioned beaches on the Atlantic coast. 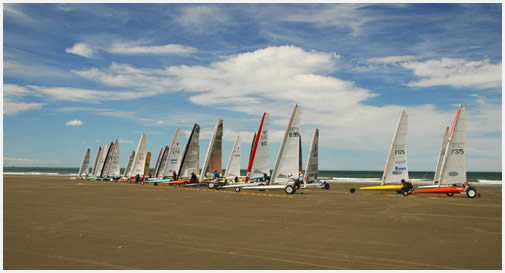 All along the extensive seaside settlement known as Rada Tilly, when allowed by the air currents, the seashore gets dressed in color and the fans of windcar racing are the stars of the show.

We came close to the shore when the tide was low and the width of the beach changed from 400 to 600 meters. We were amazed by the jabbering and the amount of people that were enjoying the speed with which those small vehicles moved.

We managed to find a spot among the audience to catch a close glimpse of those intrepid pilots who did their best just a few centimeters above the ground. They are almost lying on a frail board supported by three tires and propelled by a huge sail they move according to the winds. A great skill is necessary to handle those elements on the humid sand and run at 180 kilometers per hour. 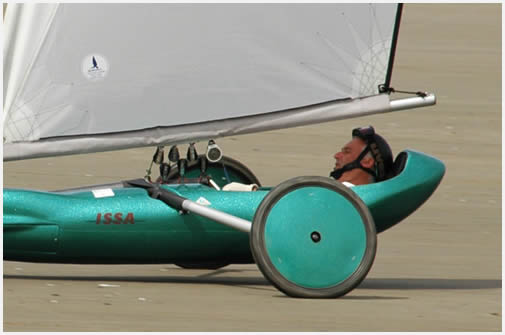 At one side, several participants were getting their equipments ready, willing to take part in the next race. We approached them so as to learn a little bit more about windcars. They told us that they practice this activity year round but especially from October to January, when the conditions are best. Likewise, they said that this is an old sport already practiced in the times of the pharaohs and that it was a Belgian sportsman who introduced this skill in the areas when he landed on this territory. National and international F3 races are run at Rada Tilly, which summon 3-meter-gauge cars with 7.35-meter sails.

After a sunny afternoon full of adventure, we finally left the beach and the cliffs that enclose the village. It was our first experience regarding this activity and we were pleased to have taken part in an unusual sports gathering surrounded by enthusiasts. 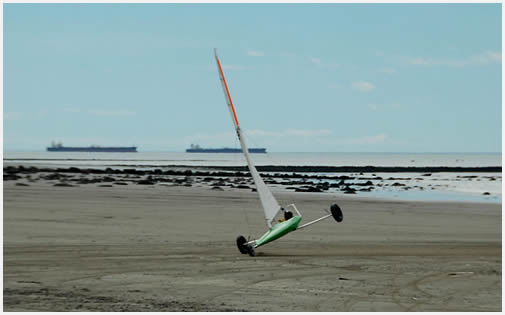 How to get here: At Comodoro Rivadavia, take national route 3 southwards and find the access to Rada Tilly after 17 kilometers. Once in the downtown, head for the waterfront.