Punta del Marqués is a headland that invites everyone to walk facing the wind in order to come close to a wild untouched natural scene.

This natural reserve gives visitors the chance to see a group of sea mammals that lives on these shores and cliffs year round. 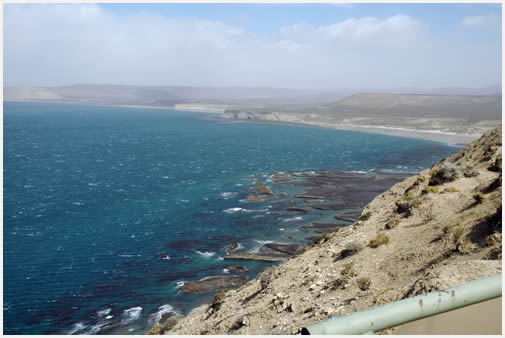 The protected area known as Punta del Marqués, which lodges a South American sea lion colony, is one of the natural attractions offered by Rada Tilly.

We drove from Comodoro Rivadavia to this spot along a gravel road. After having crossed the center of Rada Tilly, we came close to the wild high plateau that borders the settlement on the southeast. This geographical feature extends into the sea for approximately 2 kilometers and a half and is the most noticeable point on Gulf San Jorge.

The cliff has gradually collapsed throughout the years as a result of the sea erosion, the intense wind and the scarce rain. That is why we could only walk along authorized areas.

As we accessed the reserve, we saw an interpretation center and several viewpoints with spectacular panoramic points. As it was the low season, we could not choose a guided tour and were happy to go around the circuit accompanied by the strong wind that caused our words to get lost in the air. The desert environment and the lack of people helped us spot a fox, several lizards and some water birds nestling on the shore. 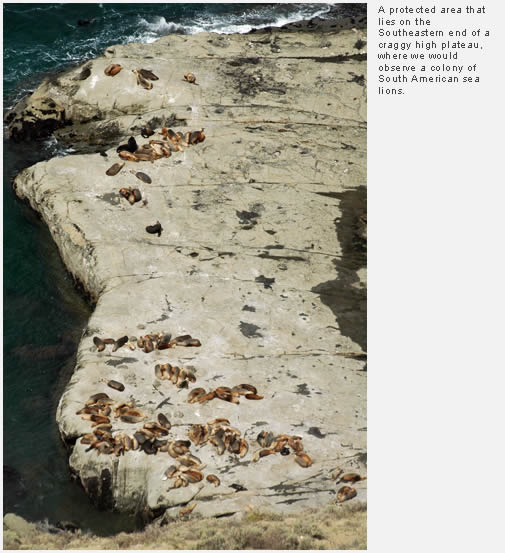 From the heights, and with the aid of our binoculars, we spotted the sea lion colony lying at the foot of a steep slope. The population varies according to season. The highest concentration of specimens takes place from October to December. They take advantage of the tides to settle down on that bank and go down to the water to recreate and find food.

We spent a while on that terrace to admire the strength of the sea, the endless horizon and the flight of the sea gulls. We appreciated the clear shape of Comodoro Rivadavia and Villa Rada Tilly, as well as their extensive beaches.

As lovers of nature, Punta del Marqués meant quietness and acknowledgment of this huge and inhospitable southern region to us. 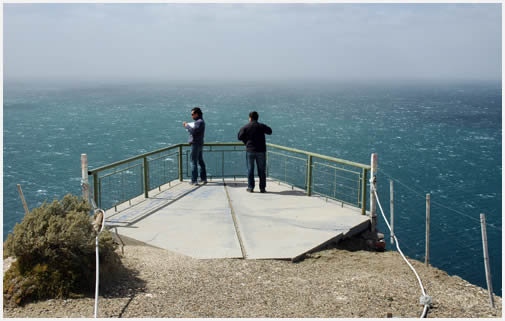 Duration: Half a day

Opening hours: It is essential to check at the local tourist office, as open hours vary according to season.

How to get here: Setting out at Comodoro Rivadavia, Rada Tilly is accessed through National Route 3 towards the south (17 kilometers). Once there, drive on southwards along Fragata Sarmiento Avenue up to the reserve.

Bear in mind: In addition to going on this tour by car, the area may be accessed by mountain bike or on foot.