Mount Chenque has a privileged location in the map of Comodoro Rivadavia and its summit features an exceptional 360-degree panoramic view.

From the heights, the environment is perceived in a different way: the populated area looks larger, the ocean appears to be endless and the sound of the wind multiplies in Comodoro. 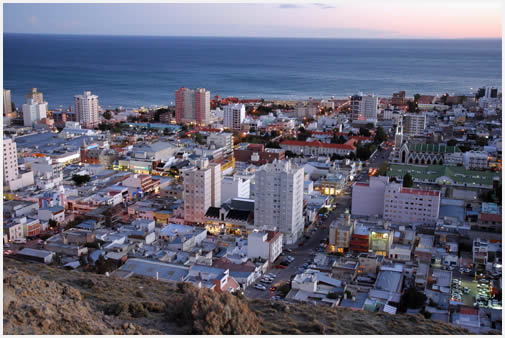 Mount Chenque is a distinctive trait in Comodoro Rivadavia, as it divides the city in two areas and offers a natural balcony that invites viewers to observe every part of this seaside settlement in detail.

Though it is possible to access this location by car, we resolved to climb on foot. We got some information about the best way to do it, as the materials that make up this geographical feature -sandstone, sea mollusk fossil remains, gypsum and ferruginous formations- change as a result of constant land movements. Likewise, the rain and the wind play a significant role in its instability. 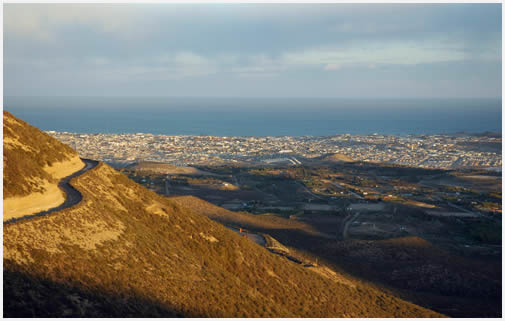 In the Pehuenche tongue, “chenque” stands for "cemetery" or "burial ground" and it is widely known that the members of the tribes that populated this region have been buried here.

We climbed to the top of the hill -which reaches 215 meters MSL- watching our step but without making too big an effort. The wind prevented us from having a fluent conversation, so we devoted ourselves to watching the scene. We paid attention to the urban grid, discovered the famed buildings and squares, the port, the oil refineries and the Rada Tilly village. The sea took up most of the scene. The waves reached the shore and then receded as the various blue hues of the water and the sky mingled on the horizon. 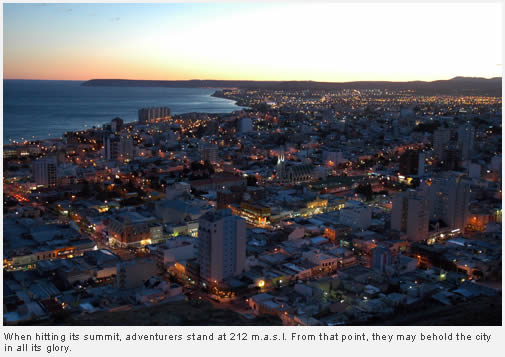 Due to its location, this mountain shelters the residential area from the strong winds coming from the West, which can reach a hundred kilometers per hour.

Mount Chenque is praised for its native tradition and it is mentioned in deep lyrics and verses written by Patagonian songwriters. For instance, a musician called Oscar Payaguala took the Tehuelche lore beyond the borders of the country. 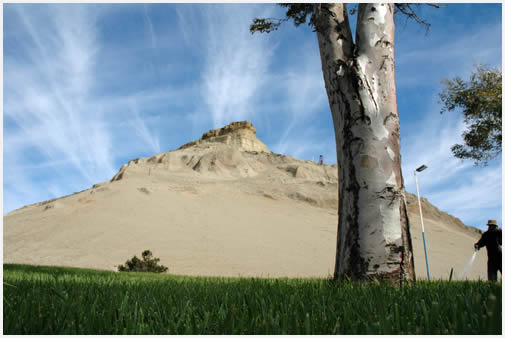 Back in town, we commented that in spite of its low height, this elevation had given us an excellent position to see the local geography from a better perspective.

Duration: Half a day

How to get here: Follow Sarmiento Street in the direction of National Route 3 and turn into this road heading North. After 3 kilometers, take a path on the left that leads to the top of the hill.

Bear in mind: Carry sun block, sunglasses and water. Wear comfortable shoes and clothes.
Check for land movements and safety measures in force.
Do the hiking tour during the daytime.