Country landscape (photo: Jorge González)
The province of La Pampa boasts a great deal of attractions whose existence is yet quite unknown. Starting at the capital of the province, Santa Rosa, one of the most modern and neatest cities in Argentina, stands out for its cultural proposals and agenda.

The influence of European communities who worked hard to populate and settle down at this location is evident in the streets, parks and promenades. Spanish, Italian and French immigrants offered their inventiveness, investment and working capacity to start social and sports activities. A tour around the city will unveil vestiges from those days.

After traveling along the famous Desert Road, or at its very start depending on what direction we take, the District of Colonia 25 de Mayo represents an oasis to make a stop and see the lifestyle of rural men and women at this small but tidy city in La Pampa.

Another interesting point is Casa de Piedra Reservoir, which has changed the sights of this desolate scene to give origin to a lake and a village that developed on its shore and is visited on weekends by dwellers of Santa Rosa.

Lihuel Calel National Park is a true reserve where the past is kept. Several adventure activities such as camping, climbing, wildlife mapping and seeing cave paintings may be enjoyed at this location.

Famed Pedro Luro Park, also known as the paradise of red deer, is located minutes away from the capital of the province and its fauna is a reason for denizens of Santa Rosa to feel proud. Likewise, "El Castillo", which used to be the estancia main house, today has become a museum where furniture, carts and personal objects owned by Dr. Pedro Luro, is also open to visitors.

La Pampa is an ideal destination for the entire family. Modern cities and rural traditions are combined within a zone that will keep amazing everyone. 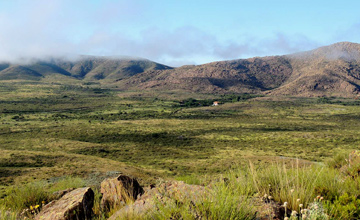 Lihuel Calel means "mountain range of life" in the Araucano tongue and it is the name of the mountain range system located in the center-south of the Province of La Pampa, on National Route 152, 120 kilometers southwest of Gral. Acha and 220 kilometers from Santa Rosa.

Created in 1977, in comprises an area of 10,934 hectares, with a maximum elevation of 590 meters. The hills are rocky volcanic formations of Precambrian origin that may be visited through authorized paths. 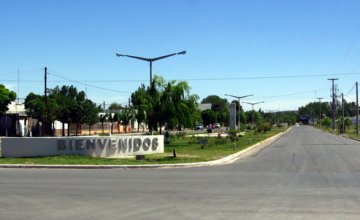 This small town started to be settled at the turn of the 19th century by people of diverse origins devoted to shepherding activities and who sowed alfalfa at the corners of the river.

As a result of these strong agricultural roots, the Province of La Pampa celebrates the National Alfalfa & Petroleum Festival every year on the first weekend of December, since oil business is a significant part of the economic engine of 25 de Mayo. This is one of the most significant happenings in the province, in which renowned music artists gather to play. 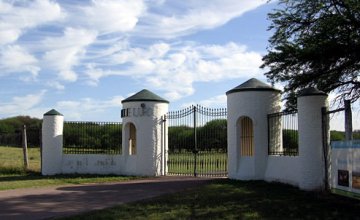 Populated by calden woods, lakes and dunes, the reserve boasts a castle which belonged to Estancia San Huberto, owned by Pedro Luro, and was declared a National Historical Monument. A visit to the castle, its imposing French architecture and its collection of carriages takes visitors back to the early 20th century.

At sunset herds of deer and flocks of rhea with their chicks in search of food are a common sight. Flamingo colonies and puma and boar tracks on the soft ground of the lake are some of the awesome attractions of this spectacular park.