Mecca of healing waters and thermal tourism, the City of Termas de Río Hondo welcomes visitors from all over Argentina and the world. They usually stay at one of the hotels located on the dam shore or the river bank. These venues provide health through their public pools or tubs in private rooms.

Besides its capital city, the province offers other tourist destinations that will convince visitors to stay longer and enjoy their ancient architecture, its hundred-year-old customs and other attributes only seen in this region of the country.

The empanadas made in Santiago are part of the local tradition and the recipes to prepare them are quite varied. The same thing happens with the so-called pastelitos, cayote jam and the typical tortillas sold in the street, which indulge and seduce all passer-bys.

Some of the most representative festivities in Santiago del Estero include the Tradition Festival in en Añatuya and the NOA Portal Rainforest Festival. These two events lure denizens from the entire region.

Lying on the road leading Salta or Jujuy, Santiago del Estero is well-known for its handicrafts and the production of woven baskets, evident in the countless number of street markets and handicrafts stalls set up along all provincial roads, even in the most unusual places. 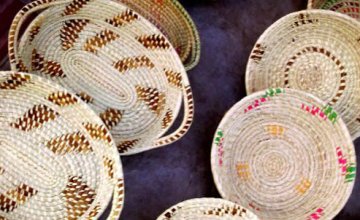 How is it possible that some men can be craftsmen and some others cannot? Are they born with a gift or do they just need to awaken that instinct we all have inside? In Santiago del Estero, it seems that the second option is right.

It is well known that the native peoples have always developed skills that have enabled them to survive in unfavorable conditions. The entire region of Santiago del Estero has had its own settlers who, using the elements provided by nature, managed to live. 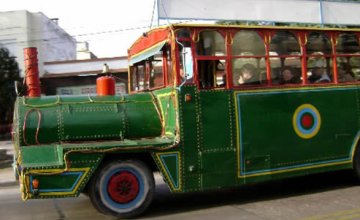 Talking about thermal tourism has always meant Termas de Río Hondo. First, it was said to be for senior citizens, then the place became popular with youngsters. Nowadays, the hot springs belong to everyone.

The thermal springs of Río Hondo are located on the banks of the Dulce River. According to many, the biggest thermal city in Argentina is formed from its natural groundwater layers. The services rendered together with the hotel facilities, in harmony with the water resources, show a tourism that combines health, pleasure and recreation. 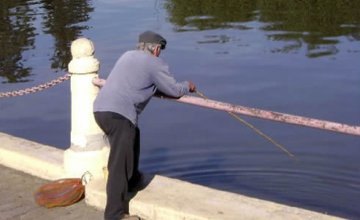 The city of Termas de Río Hondo is located just a few kilometers away from the place where a famous dam was built. Bearing the same name as the city, its aim was to collect the water from streams and rivers of the Argentinian northwest so that the water would not disappear as it ran into the plains of Santiago del Estero.

In order to accomplish its vital cycle, the dorado moves up and down the river to spawn, so it is quite common to see these fish trying to jump over the dam to go to the other side of the river.