Esquina - Corrientes (photo: Pablo Etchevers)
The Province of Corrientes is part of the Littoral region, which enjoys high temperatures year round. Its famous rivers, wetlands and jaguars, the effort made by its people and its musical tradition make Corrientes one of the most singular provinces in Argentina.

Chamamé is the traditional music of Corrientes. It contains the lifestyle of its denizens. The religious nature of these people is also evident in their processions and traditional encounters, which remain all throughout the territory of the province.

Some of the attractions of Corrientes include the beaches on the Paraná and Uruguay Rivers, the hundred-year-old churches and cathedrals in the center of its cities, the huge wetland made up by the worldwide famous Esteros del Iberá; and all the beauty of the capital, bearing the same name, where culture is manifested in its museums as well as in several public buildings and institutions whose architecture treasure relics of immeasurable historical and religious value.

The dorado and the surubí have contributed the necessary color to its rivers so that two of the most important national angling festivals in the country take place in Paso de la Patria and Goya every year.

Besides being another significant "fishing environment", the City of Esquina is one of the most attractive among landscape and bird-watching photography enthusiasts.

The saying goes "Corrientes tiene payé", which stands for "Corrientes has magic powers". And it is true. No sooner is it visited than everyone falls madly in love with this place. It is as if it had a magnet or amulet effect and the attraction lasts forever. 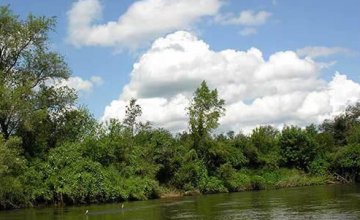 Esquina is the land of islands outlined by rivers, streams and marshlands that hide a wonderful kind of nature where man is also the protagonist. A simple photo camera permits to enjoy unforgettable moments.

From the local port, boats leave at all hours to get deep among the islands. They are an invitation to attempt fishing and find other lifestyles and philosophies which may differ from ours but are extremely interesting anyway. 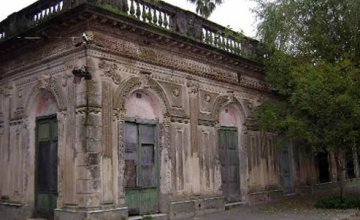 Mercedes is very near the Iberá Weltlands. With quiet streets, old houses and lovely gardens, this town is a viewpoint from where you may capture the spirit of the wetlands, its sacred fire.

These streets are quiet, though, they are also popular. This town is made up of very old properties attesting to the past of aristocratic lifestyle. It is typical to find old houses designed in Italian style, with balconies and iron gates. 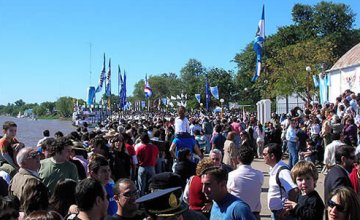 A festival not only for anglers but also for the entire city is held every year at Goya. Election of the queen, fashion parade, local artists and a great dinner.

Hundreds of motorboats from every nook in the country and the neighboring countries begin to wander the streets of the city in search for gas stations in order to fill their tanks. Large, small, modern or old, all of them have a chance and any of them may get lucky.