Tafí del Valle is one of them and along with its sister town, Amaicha del Valle, it enables tourists to enjoy the Calchaquí Valleys and the varied lifestyles that have co-existed there since time immemorial.

Tucumán is also known for its gastronomy. The local empanadas have become famous worldwide and are part of any starter at restaurants, taverns or inns where lunch and dinner are served. Tamales, goat and other regional dishes also define the flavors of Tucumán.

The province has tourists attractions visitors should not miss, such as Villa Nougués, Mount San Javier and its hotel called Hotel del Sol, the incredible ruins of Quilmes, the very famous Simoca market, the celebrations to pay tribute to Pachamama in August and the carnivals in February.

History goes that the province was the setting for the Congress of Tucumán which declared national independence on July 9, 1816, in its capital city. A triumphant past can be rekindled during a magnificent show of light and sound every night at the historic House of Tucumán.

Archeological circuits, Jesuit roads, paragliding and hang-gliding in the mountains, adventure travel outings, silverside and trout fishing in rivers and reservoirs and much more. Tucumán boasts mountains, valleys, yungas and rainforests for visitors to consider at the moment of choosing to stay longer. 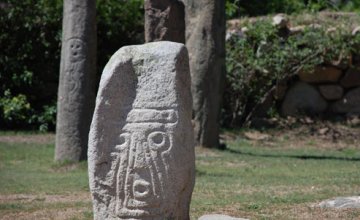 In the District of El Mollar, 15 km East of Tafí del Valle, there lies Los Menhires Archeological Reserve, a venue containing over 50 megaliths of the Tafí 1 culture, which dates back to the period between 820 BC and 780 AD.

These standing stones were investigated by Italian archeologist and naturalist Juan Ambrosetti in 1897 and ever since, they have been moved away from their original position repeatedly for the sake of research. 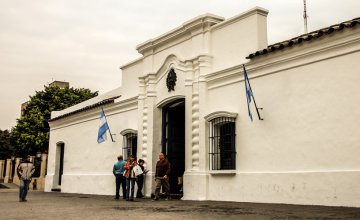 The House of Tucumán

It is exactly like any Argentinian may imagine: simple, white and with a door typical of the old constructions raised in colonial times.

This ancient dwelling houses the room where congressmen from the Argentinian provinces gathered to sign the declaration of independence and defend a country that was ready to face its own destiny. 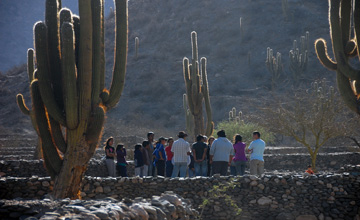 The ruins of Quilmes can be reached from Cafayate (Salta) or from Tafi del Valle (Tucumán). This location is just stunning, unique and majestic.

The ruins of Quilmes, as they are known, belonged to the Calchaquí natives who settled on the hillsides and on the mountain range called Calchaquí, from which the tribes got their name: Quilmes and Calchaquí.